CWA Daggers Longlists to be Announced

Longlists for the coveted 2020 CWA
Daggers will be revealed at noon on Friday
5 June for its ten categories, including non-
fiction, short stories and debut crime fiction.
The world-famous Crime Writers’
Association (CWA) Daggers, which honour
the very best in crime writing, are the oldest
awards in the genre. Created in 1955, the
CWA Daggers have been synonymous with
quality crime writing for over half a century.
Past winners of the Gold Dagger (best
crime novel) include Jane Harper, Mick
Herron, Ann Cleeves, Ian Rankin, Belinda
Bauer and Val McDermid. The Daggers are
also renowned for showcasing new talent
with the coveted John Creasey (New Blood) Dagger, which in the past has spotted now
established names including Dreda Say Mitchell, Louise Welsh and Gillian Flynn.
Judging year 2019-2020 has seen a major reorganisation of the Daggers’ judging panels
with an infusion of new blood to create a diverse cross-section of jurors.

CWA Honorary Vice Chair, Maxim Jakubowski, said the refreshed juries were to
“move with the times and reflect the diversity of tastes and choices of the reading public.”

Linda Stratmann, Chair of the Crime Writers’ Association, added: “It’s been an exciting
period after a major shake-up of the judging panels with existing judges moved to different
categories, and new judges brought in. We are committed to ensuring the awards remain
exciting, relevant and independent.” 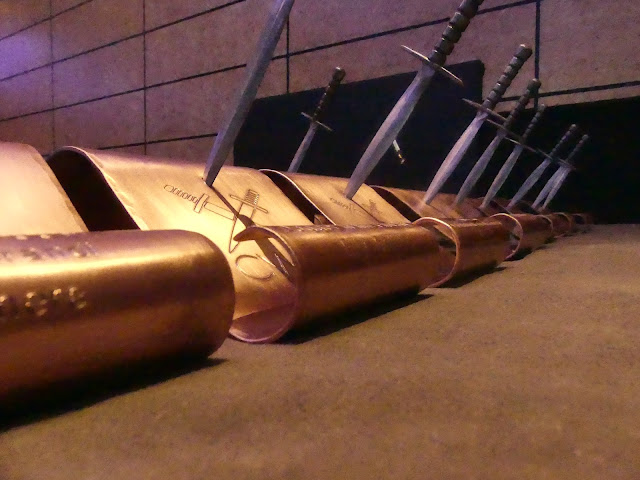 All titles for the CWA Dagger awards are put forward by publishers.
The shortlist will be announced later in the year, before the glittering awards ceremony
which is due to take place on 22 October with guest speaker, the TV presenter turned
crime novelist, Richard Osman.
The ceremony will be conducted online, if required.
The longlist will be available on the CWA website from noon on 5 June, as well as via
its Facebook, Twitter #CWADaggers and YouTube channel.
Awards