Showing posts from April, 2014
Show All

On a recent trip to Amsterdam I nipped into a bookshop and asked if they could recommend any good Dutch Crime fiction. After some discussion the three assistants agreed that  The Dinner was the best.
I'd already read We Need To Talk About Kevin by Lionel Shriver and had previously avoided The Dinner for it's similarity in subject matter but decided this time to give it a go.

From the above reference you'll have realised that both these books explore the theme of children from seemingly 'normal' backgrounds committing atrocious acts.
In Koch's The Dinner two cousins commit an act of violence which although recorded on CCTV they remain unidentified by all but their own parent and 'The Dinner' is the venue for the parents to discuss what they should do.
Paul the father of the apparent ringleader, Michel is the narrator and during the course of the lengthy very posh dinner, the strained relations between him, his more successful brother Serge and their …
Post a comment
Read more

Look out for this! A single recommendation this month: The Truth About the Harry Quebert Affair is a novel that’s genuinely extraordinary! 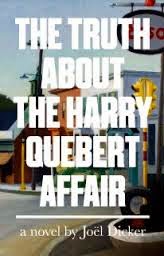 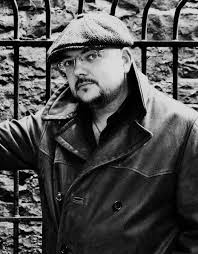 Sorrow Bound by David Mark is the third in the Aector McAvoy series. If you've not come across the huge Scot of caber tossing physique now is really the time to do so because Marks is rapidly becoming one of my favourite crime writers and I'm already getting a bit antsy for the next Aector McAvoy

In Sorrow Bound McAvoy is reluctantly attending counselling after the events of the previous book (Original Skin).  However, he remains typically silent till the last session when he reveals a long kept secret with repercussions for him and his family.  Meanwhile, his  wife   makes an enemy of one of Hull's new coke dealers, also putting the family at risk.
The main plot  begins when an obscure link is discovered between two very different murders.  As the police investigate, the body count builds and McAvoy is forced to investigate events from the past that seem to surround an old disused mental health facility and a series of old crimes in Bridlington
Sorrow Bound is fast paced w…
Post a comment
Read more

Book Review: Dead Line by Chris Ewan – a pacey thriller with some interesting publicity to recommend it 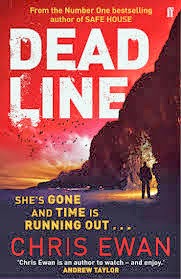 The 'Bunny Boiler' psychological thriller often has jealousy or envy at it's heart. These emotions  provoke dramatically  unhinged behaviour leaving the viewer or reader astounded by what the human mind can make happen.   During Easter  I thought an alternative to cute Easter bunnies was in order - Well we are The Crime Warp aren't we? So here you have my top eight 'Bunny Boilers' in no particular order.
1/ Fatal Attraction
This film/play was perhaps the first of it's kind, with an actual 'Bunny Boiler' scene in it.
A single sexual indiscretion with a woman who becomes unhinged by jealousy and targets his family with increasing violence when he refuses to continue the dalliance had me on the edge of my seat throughout.


The iconic scene of the much loved family pet rabbit being boiled was the horrific psychological hook that set up the tension for what was to follow.

Book Review: Bryant & May and The Bleeding Heart by Christopher Fowler – number 11 in a series following the witty and quirky detectives Bryant and May and the continuing work of The Peculiar Crimes Unit 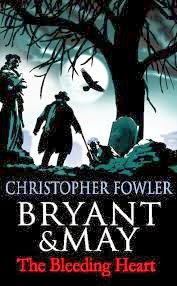