A Word From the Author ... Betty Brandt Passick 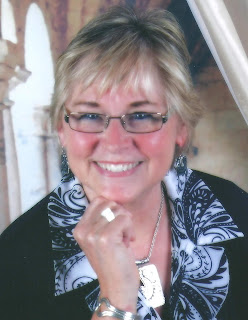 The Character of Marshal Sweeney Delaney

I wrote Gangster in Our Midst (2017) to tell the neglected true Iowa story about the Italian man who came to my hometown in the 1920s—where he remained off and on for the next 60 years.

This was my first historical novel, and creating three-dimensional characters was new to me: Developing men, women and children whom the reader could visualize; plus, defining their back stories, what brought them to this stage of their lives.

I knew the town marshal would be the protagonist in the story, and his character would be based on William (Bill) Hahn, who had served as town marshal for over 30 years. (The antagonist, of course, would be the gangster, Louie La Cava.)

I recall the surge of excitement I felt realizing Verlie, Bill Hahn’s eldest daughter, was still living. She had been born in the town in 1916 and never left—and a decade earlier, she had written her memoir. Now, at 100 years, her mind was yet sharp as a tack.

“Did you write about the gangster in your book?” I asked.

She flipped to the page where she had included one very short paragraph about the alleged gangster, without naming him.

At this moment I realized most locals probably didn’t know whether the old stories about La Cava’s ties to Chicago Kingpin Al Capone were factual—or folklore. And I wondered if Verlie was yet afraid to name him in her memoir?

“Do you remember anything specific your father said about La Cava?”

Bill Hahn had told his family over dinner one evening that he’d received a police bulletin, to “beware a man in the area who was part of a big mob, a bad man; he’d robbed and shot someone.” He also passed the word on to a few locals. A short time later, La Cava showed up in town.

Verlie added, her father was a tall, lanky German who smoked Chesterfields, one after another. And he carried a .38 pistol, which he’d never fired.

As author, I came to realize I needed an Irishman to tell pieces of the Prohibition Era story—when the red-headed, blue-eyed Sweeney Delaney was born.

This paragraph introduces Marshal Sweeney Delaney in the novel.

Sweeney’s mind wandered back to the day a dozen-plus years earlier when he’d been hired by the town council. Job description: town marshal and water superintendent. Salary: seventy-five bucks a month. Besides keys to the city building, engine house and well shed, he’d been assigned a nine-inch Biffar billy club and .38 Special snubnose revolver to carry at night. He still hadn’t fired the gun except for a little target practice, whenever he could find the time. The water meter book on the desk caught his eye. The meters would have to wait. He stood up, pulled down the cotton shade on the window and crossed to the door. Outside, the heat of the late August sun bore down on him as he twisted the long key in the lock. He would avoid Main Street this morning. It would take less than seven minutes to reach his house on Residence Street. He felt his billy club wobbling against his side and saw glimpses of white wispy smoke curling ‘round his cheek and over his shoulder with each stride.