Thanks to Rachel's Random Resources and Polly Mordant for inviting me onto the Blog Tour for When Angels Fear. I am delighted to host an author guest post . But first here's a little bit about When Angels Fear...

She runs from a terrifying past, to a village with problems of its own

But she cannot rest. A strange sleeping sickness stalks the village and a young woman has disappeared.

Why won't the police investigate?

As events unfold, Emma becomes embattled yet again, compelled to fight for her life against a deadly curse linked to a past about which she had no knowledge.

She is the only one able to vanquish the evil but doing so will entail confronting an horrific and all-too-familiar enemy.

The question is, will she be strong enough?

WHAT LIES BENEATH THE CREATION OF WHEN ANGELS FEAR

There are two genres I like more than any other: crime fiction and the supernatural. 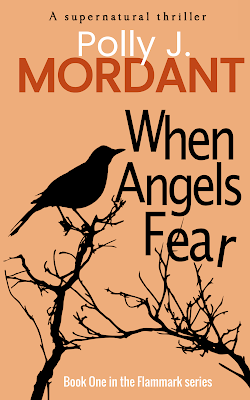 I’d been nursing the idea for When Angels Fear for many years but wasn’t quite sure how to properly get the words down on the page. Essentially, the book’s starting point concerns a woman escaping from an abusive relationship, but I didn’t want it to feel exploitative or create a story that overly victimised the central female protagonist. Hard to do when, in fact, the whole set-up pointed to her having been at the mercy of her ex-partner.

Then, (again, years ago) I saw a photograph of a church taken from across a village green. It seemed to have come from the garden of the house opposite. I was instantly struck by a seeming relationship between the two buildings.  What if a force emanated from that church that impacted, in some way, on the house? I can’t obviously pin down when the lightbulb moment came but somewhere down the line, I made the connection: what if that force was also mixed up in some way with the man who was determined at any cost, to get his partner back?

Slowly the bones of the story began to come together to what essentially is the premise of Angels.  In the throes of escaping from her ex, my main character, Emma, runs to a village in what, she thought, had been a random pin-in-a-map exercise. She knows nothing about the place or the forces at work there. In a debilitated state, this heightens her vulnerability; at first she can’t think clearly and doesn’t see where the danger really lies.

Nor, incidentally, does the reader. The possibility of presenting a kind of noir thriller, where no one really knows what’s going on, became irresistible.

However, within that framework, I could begin Emma’s fightback. There are a lot of reflective moments in the book, where we can see the seeds of her recovery and the return of her considerable sensibilities and strength. She makes friends, forms alliances and eventually is both able and enabled to confront her past.

In parallel to her story are two others. The first concerns a detective inspector, Westen, new to Sandmarsh’s Serious Crime Squad. He’s abrasive, sweary, insensitive and ambitious. At first, I wrote him to give the story some texture. Emma’s early chapters show her to be both nervy and numbed by her past and in danger of becoming narratively flat. Westen’s arrival on the scene shook it all up and also, as it turned out, created a lot of tension between them which carried right through to the end. Their relationship becomes a real focus in the next book in the series.

Interestingly enough, I have a poll on my book’s Facebook page, Friends of Flammark. From what started as a narrative device Westen seems to have gained quite a following. He’s racing ahead!

I want to end with a few comments about the antagonist – the abuser - who also has his own story. Just as I did not want Emma to be a straightforward victim in their relationship, likewise I didn’t want him to be stereotypically formulated either. The supernatural element really helped in his depiction. I kept him as a background threat quite deliberately, refused to give him a name and made him a constant ‘elephant in the room.’ Except for at the end. All his characterisation; all his backstory is packed into the final few chapters. I hoped this   piled on the tension even more as I manipulated all the expectations built up about him throughout.

In short, I wanted a novel that played with your head. I’d love to know if it plays with yours. 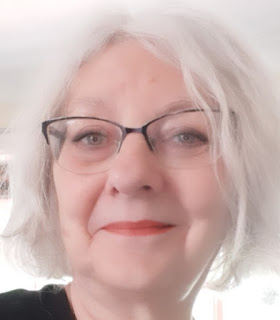 I've been writing blogs and stories off and on for years, but quite new to writing novels. My background is in teaching - I ran my own English and Drama departments in three inner city schools - then became the owner of a radical bookshop. Now I write full time.
I love supernatural storytelling, since it allows the inclusion of real human issues within my writing. Let's face it, who hasn't been touched by evil in their lives at one time or another? "When Angels Fear", my first novel, deals with domestic violence and how Emma - the main character - overcomes her shattered confidence to prevail over the evil which oppresses her.
It's important to me that my characters are both real and relatable. I'm a total fan of Joss Whedon and Stephen King and love the way they create ensembles of characters that live on in the mind long after they've been watched or read. Humour is important to me to - I hope readers of my fiction will get that. The last thing I want to offer is a dry read!
I adore my garden, my animals and my husband - probably in that order, lol.  Other obsessions include Scrabble. Total addict. It's why I sleep so badly. I'm glued to the Scrabble app until the early hours! 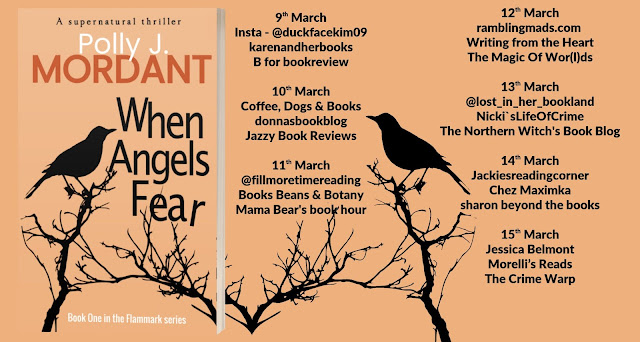