It gives me great pleasure to be part of the A Death in Mayfair blog tour. It gives me eve greater pleasure to welcome the author, Mark Ellis to The Crime Warp today. mark has kindly written a brilliant and very informative guest article about The World War 2 Crime Boom. I learned some things I didn't know before.

So, before we get to the article, here's the blurb for Mark's new book A Death in Mayfair:


A Death in Mayfair Blurb

December 1941.
On a bright Sunday morning in Hawaii, Japanese planes swoop down and attack the US naval base at Pearl Harbour. America enters the war and Britain no longer stands alone against Hitler.
Conditions on the home front remain bleak.
In a city pulverised by the Blitz, with rampant crime and corruption and overstretched police resources, life for Scotland Yard detective Frank Merlin continues as arduous as ever.
In the week of Japan's aggression, the shattered body of beautiful film star Laura Curzon is found on the pavement beneath her Mayfair apartment, an apparent suicide. A mile away, the body of a strangled young girl is discovered in the rubble of a bombed-out building.
Merlin and his team investigate, encountering fraudulent film moguls, philandering movie stars, depraved Satanists and brutal gangsters as they battle through a wintry London in pursuit of the truth.

It is a little known fact that World War 2 was a boom time for criminals in Britain. Reported crime on the Home Front in England and Wales grew by nearly sixty per cent between 1939 and 1945. The wartime blackout, the chaos caused by German bombing, rationing and the black market, and manpower shortages in the police were among the contributory factors to this rise. Here are some details and examples of what criminals got up to in the war years.

Murder
The blackout made life easier for thugs and murderers. Gordon Cummins was a young airman who liked mutilating and murdering young women. Taking full advantage of the pitch dark London streets, he assaulted and killed at least four victims between 1941 and 1942. The press dubbed him the ‘Blackout Ripper’ before he was caught and hanged.

Looting
Most Britons find it hard to believe there was a major looting problem in the war, but so there was. In the four months between September and December 1941, when the London Blitz raged, over 4,500 cases of looting were tried in London’s Central Criminal Court at the Old Bailey. The culprits were of all sorts. Some were hardened criminals. Some were ordinary citizens. Some, shockingly, were air wardens, firemen or other members of the home defence forces. The looters could be very determined. When a well-known London night-club took a direct hit from a German bomb, rescuers had to battle their way through crowds of scavengers fighting amongst themselves to get best pickings from the corpses.

The Black Market
Food, petrol, and clothing were rationed during the war. The Government administered this through a system of ration books and coupons. This system inevitably became open to abuse from forgers, thieves and con men. Big money was often at stake. In one case, a gang stole 14,000 new ration books and sold them on the black market for an estimated profit of £70,000, or £3million in today’s money.

Gang Crime
London’s criminal gangs flourished during the war. The larger ones in particular were able to take full advantage of an overstretched police force and the chaos of wartime London to scale up all their traditional illegal activities. In addition they could profit from new wartime opportunities like the black market.
One area of gang activity which boomed during the war was vice. By 1944 Britain was home to 3 million men in the British forces and 1.5 million American GIs. Prostitution became very big business. In London, the most prominent vice operators were the Messinas, a Maltese gang. They ran a huge band of girls, the ‘Piccadilly Commandos’, to meet demand.
In later years, many gang members looked back nostalgically on the wartime period as a golden age for crime. Some never forgave Hitler for surrendering!

I write about a Scotland Yard detective, DCI Frank Merlin, who is one of those who has to cope with this great wartime crime boom. His latest adventure, the fourth in the series, A Death In Mayfair, has just been published by Headline Accent. 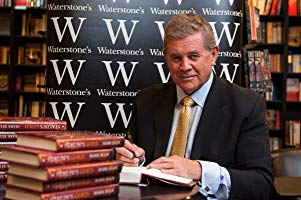 Author Bio
Mark Ellis is a thriller writer from Swansea and a former barrister. He is the creator of DCI Frank Merlin, an Anglo-Spanish police detective operating in World War 2 London. His books treat the reader to a vivid portrait of London during the war.
Mark grew up under the shadow of his parents’ experience of the Second World War. He has always been fascinated by the fact that while the nation was engaged in a heroic endeavour, crime flourished. His father served in the wartime navy and died a young man. His mother told him stories of watching the heavy bombardment of Swansea from the safe vantage point of a hill in Llanelli, and of attending tea dances in wartime London under the bombs and doodlebugs.
In consequence Mark has always been fascinated by WW2 and in particular the Home Front and the fact that while the nation was engaged in a heroic endeavour, crime flourished. Murder, robbery, theft and rape were rife and the Blitz provided scope for widespread looting.This was an intriguing, harsh and cruel world. This is the world of DCI Frank Merlin.
Mark Ellis’ books regularly appear in the Kindle bestseller charts. He is a member of the Crime Writers Association (CWA). His most recent book, Merlin at War, was on the CWA Historical Dagger Longlist in 2018. A Death in Mayfair will be published in November 2019.