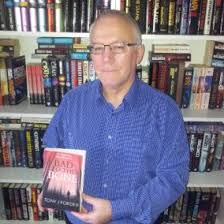 Tony Forder is author of Degrees of Darkness, Bad to the Bone and Scream Blue Murder, all of which have been applauded by Bloggers and readers alike.  It is with great pleasure that I welcome Tony to be Warped at the Warp! (rubs hands together gleefully). Tony's newest book The Scent of Guilt will be released on February 17th 2018.

Liz: Tell us a bit about your current book release.

Tony: The Scent of Guilt is the sequel to my first release, Bad to the Bone. Whilst I expect to write follow-ups to other books, this may well be considered my stock ‘series’. The first book was set in 2005, but I’ve jumped a dozen years to the present day (last year when I wrote it) in order to make it current. I think it works, because it has allowed me to develop the characters with more than a few months’ growth. Once again it largely takes place in Peterborough, but this time there are also scenes in the USA. This time Bliss has just moved back to the area having worked with both SOCA and the NCA, and Chandler is on secondment. At least…that’s how it begins. But whilst Bliss is hunting a serial-killer and Chandler a serial-rapist, pretty soon they start wondering whether these and similar cases in California could be somehow connected. 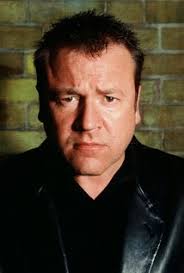 Liz: I love a good serial killer case - looking forward to it. If Bad to the Bone was ever to be televised or made into a film who would you like to play DI Bliss and why?

Tony: When I first wrote Bad to the Bone I deliberately avoided thinking of who might play DI Bliss. I didn’t want to capture that in my imagination and subconsciously inject elements of that real person into my leading man. However, by the end I had started imagining him more fully and who might play him in a TV series. In my current WIP I even have someone mention it. When I remarked upon it to my wife, she immediately said the name: Ray Winstone.

Liz: You gotta love Ray.  He's such a versatile actor.  Perfect choice, Mrs Forder!  Is there a subsidiary character you have created and are particularly fond of and why?

Not one exactly, but I am rather pleased with my cast of suspects. Despite being secondary characters, they are integral to the plot, so I wanted them fully formed. I think I nailed them as well as any characters I have developed. I do like misc characters – in Scream Blue Murder I have a couple of villains called Rhino and Haystacks, and I liked them so much I gave them better roles. I couldn’t do that this time around, but I think the reader gets to know them all the same.

Liz: Where is your favourite place to write and why?

Tony: I now have an office area, and I love it. I can shut 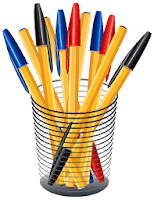 myself away and focus on my writing. It feels like a disciplined thing to do: getting up, going into the office, firing up the laptop and getting down to work. No distractions, no TV remote to reach for. It makes it feel like a proper job in some ways.

Liz:  Do you ever suffer from writer’s block and if so how do you overcome it?

Tony: I do one thing to prevent it, and one thing if that prevention fails. First, I try to leave myself in both mid- sentence and mid-scene. That way, I always have something to get myself going. Completing the sentence leads to completing the scene, and that’s usually enough to oil the gears. If not, if I do get stuck, I try to have another project on the go and make the switch – albeit a brief one.

Liz: Brilliant idea - Might steal that one! Any tips for would-be writers seeking publication?

Tony: Believe in yourself. Have faith in your own abilities. If you’re just starting out with no clear idea of what to write, write anything. I once started to re-write Stephen King’s The Shining in my own style, just to get the feel of the flow of words and how a story might come together. It’s been said before, but even bad writing is better than no writing if you really want to write. And don’t hide behind the excuse of not having time – writing is a process, one word after the other. Eventually you’ll write enough of them to complete a book, whether it takes weeks, months or years. As for publication, well to nail a major contract you will probably need to go through an agent, so that’s a tough nut to crack. But if you do then that’s only the first step. Rejections are part of the deal – you have to accept them. Of course, approaching an independent publisher is another way to go, or even self-publishing. There’s no stigma attached to it these days, and there are a lot of authors making a living that way. But DO NOT go into it expecting it to replace whatever work/salary you have now. Just write. Find your own voice and write. Only then, when you have your finished product, think about what to do with it. Finally, if you can, spend a little bit of money on editing. At the very least, share your work with someone else who will provide you with honest feedback.

Liz: Moving on to the slightly more personal, which author are you cosying up with tonight? 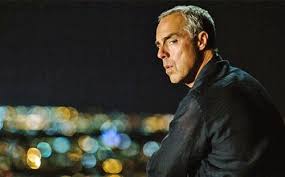 Tony: I made a deal with myself that for every new book I read I would also read a Harry Bosch – going back over them all in chronological order. Bosch is my favourite fictional detective, Michael Connelly my favourite crime writer. It’s a real joy for me to go through his stuff again – despite having over 40 new books waiting to be read. I reckon I’ll be done in about 2-3 years. My plan after that is to re-read all of my Stephen Kings.

Liz: I love a good Bosch too. Who or what inspires you to keep writing?

Tony: What inspires me is a determination to make up for lost time. For way too many years I neglected my writing – partially due to ill-health and partially due to the pressure of work, but also I hit a real brick wall in terms of confidence. I simply didn’t have the levels of concentration needed, so I wrote short pieces for blogs instead just to keep writing something. Occasionally I would have a story idea and write a few chapters, but nothing really gelled. Since I’ve got back into it I write every day, and I want to learn and improve and end up with a body of work of which I can be proud.

Liz: I can so relate to that Tony.  I suffered from mental health issues (still do) for a number of years and still pinch myself every day that I'm here and published and still writing.  Could you describe the book you are working on at the moment using only 5 words?

Liz: Intriguing.  Do you have competing ideas for future projects and have you ever worked on more than one at the same time?

Tony: Yes and yes. I am a third of the way through one project whilst still editing book #3 in my crime series. I have an idea for book #4 in my series that I want to get written. I also have storylines for two very different thrillers that I would like to work on, one of which I see as a trilogy. I am enjoying spending time with DI Bliss and when my WIP is complete, I expect I will move straight into book #4 – I will definitely complete the final two-thirds of my other on-going project, which is a sequel to Scream Blue Murder. Right now, that’s where I see my projects heading. However, I can’t rule out one of those thrillers taking root inside my head and demanding a way out. There are simply not enough hours in the day.

Liz: You've been an absolute star Tony. So lovely to have you here on the blog.  Come again another day, you'll always be welcome.

Tony: That was tough. Thank you so much for such an interesting set of questions – I thoroughly enjoyed answering them. Best wishes.