Guest Post: Aydin Guner , author of The Devil In I, takes us inside the mind of a covert narcissist. 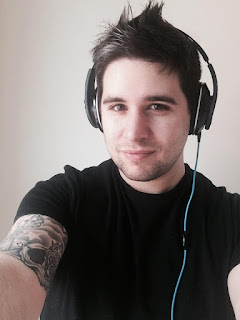 We are lucky enough on The Crime Warp today to welcome Aydin Guner.  Aydin is a writer and musician from Liverpool. He takes an active interest in raising awareness about the dangers of covert narcissism, has published an eBook on the issue, Behind The Mask: An Introduction Into


A bit about The Devil In I
For fans of American Psycho and Dangerous Liaisons, The Devil In I is a cleverly written,
twisted and compelling read about the dark recesses of desire and the ultimate battle of
Good vs. Evil.
Damon West is young, good looking and successful. He lives in New York City, has a sexy, loving
girlfriend, a big group of friends, lots of money and a high-flying job on Wall Street. From the
outside Damon appears to be living the perfect life. But, Damon has a secret. Damon is the Devil.
For centuries, Damon has roamed the Earth enjoying everything the human world has to offer,
sex, entertainment, travel, drugs, whatever he desires. But life takes an unexpected turn when he
meets a co-worker, Latasha Holmes. Damon is suddenly submerged in an obsession that he
cannot control. Is it love? Whilst Damon’s world starts to crumble we start to question who
Latasha really is. Is she who she says she? Or is she been conspiring against Damon?
In The Devil in I, Damon faces the ultimate battle to hold on to everything he has: his job, his
reputation, his girlfriend, and his life.


Aydin's article on Covert Narcissism
I first encountered Covert Narcissism many years when I encountered a very bizarre person with conflicting personality traits. This particular person expressed signs of jealousy at an early stage and I caught them lying about minor things (like their age). This person had a core loyal group around them who they a) hid behind and b) manipulated them to do anything they told them to do. These people were also the vehicle for spreading smear campaigns and ruining other people’s reputation.

This person was often self-deprecating and would always talk about how lonely and boring their life was, and how ‘no one wants to be around them’. Simultaneously, this person was a control freak who quashed rumours like Lance Armstrong and lied through their teeth to maintain a fake image. All the while, they came across like a really nice person, but there was something much darker and sinister below the surface.

I had to dig deeper into these traits; jealousy, insecurity, megalomania, home-wrecking, reputation killing, manipulative and multiple personalities. So this brought me to Covert Narcissism. As I researched the topic more, I realised other people in my life had these traits and they are more common than previously thought. Covert Narcissism, unlike Overt Narcissism, is extremely concealed. You often won’t realise they are suffering from Narcissistic Personality Disorder until years later (That’s how good they are at concealing their true self). They are constantly wearing a mask. The Covert comes across as meek and timid, but they are anything but. They bully others, they criticise others constantly, they are never happy for others and often blame others for their ‘downfalls’.

Covert Narcissists bully their targets in a passive way, which prevents the target from being able to defend themselves. They will say snide comments or critique their target in a ‘jokey’ manner. They also won’t ever respect anyone or acknowledge anything positive in someone's life.

Covert Narcissists have a sense of entitlement but also despise themselves. They use their minions (aka Flying Monkeys) as a vehicle to defend themselves and attack their enemies, but all the while, remaining in the shadows, away from harm or responsibility.

Covert Narcissists are incredibly dangerous people. They manipulate the social structure around them to benefit themselves and not only will you be disrespected, smeared, embarrassed, humiliated and in some cases bankrupted. All of that will happen whilst you are being portrayed as the ‘bad guy’, starving you of respect and unable to defend yourself.

If you suspect you have a covert narcissist in your life, go No Contact as soon as you can or you can reach out to my Youtube page for further information. www.Youtube.com/AydinRD

Aydin Guner
Author of Behind The Mask: An Introduction Into Covert Narcissism

New Book ’10 Steps To Heal From Narcissistic Abuse’ is released on November 28th and is available to pre-order from Amazon today.
You can Find out more here  and connect with Aydin on twitter @AydinGuner66 and find him on www.Youtube.com/AydinRD