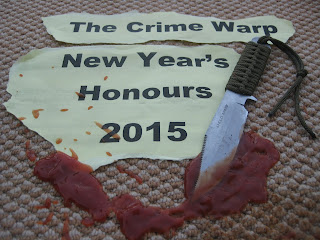 You decide which lucky UK crime novel will be awarded The Crime Warp novel of 2015!  All you need to do is: VOTE NOW!..

2/Type the title of your nomination Under Subject  and we'll enter you for our prize giveaway.

Award Winning Author  and Giveaway winners will be announced on 31st December!

Read on to see who this years nominees are...

Our nominees are UK authors who have published their 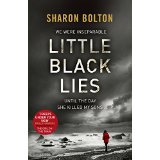 Little Black Lies by Sharon Bolton
Set in 1994, 12 years after the Falkland Islands War, tragically bereaved mother Catrin Quinn is in despair, her two young boy's dead by her best friends negligence, her marriage in tatters and her soul tortured.  Then a little boy goes missing form the island, the third in as many years and slowly the close knit community comes to suspect they have a child killer in their midst.  Catrin unable to continue in her grief and unable to forgive documents a momentous decision, one that will change her life forever.
http://thecrimewarp.blogspot.com/2015/07/book-review-little-black-lies-by-sharon.html 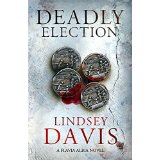 In her profession as informer our protagonist Flavia Albia, the adopted British daughter of Falco and his wife Helena, has to find out not only who the dead body is that surfaces in a strongbox in her father’s auction, but also the identity of the murderer. Complicated Roman family politics overlap with local politics.
http://thecrimewarp.blogspot.co.uk/2015/10/book-review-lindsey-davis-deadly.html 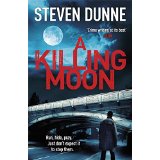 A Killing Moon by Steven Dunne

DI Brook, and his sidekick DS John Noble are drawn in to the case of missing student Caitlin Kinnear, mainly because Brook doesn’t want to take on a case involving scrap dealers. Neither are sure that a crime even taken place. Caitlin is a bit of a free spirit, and tends to go off whenever she feels like it. Soon they uncover other disappearances, but again these are young girls and no one is really sure they are missing, until a body turns up.
http://thecrimewarp.blogspot.com/2015/06/book-review-killing-moon-by-steven-dunne.html 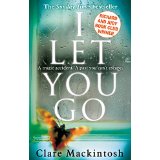 I let You go by Clare McKintosh
When a small boy is killed by a hit and run driver DI Ray Stevens and DC Kate Evans pull out all the stops to find the driver.  However their investigation takes them to the darkest recesses of the human heart.  This is a story about grief, fear and tenacity.  It has some fantastic twists that take it to a new dimension.  It is at once thrilling and haunting.
http://thecrimewarp.blogspot.com/2015/07/book-reviews-reviews-of-new-blood-panel.html 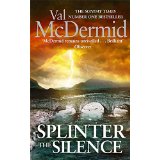 Splinter The Silence by Val McDermid

When Carol's drink driving charge is made to disappear so she can head up the new cross police force MIT (ReMIT) she quickly gathers a crack team around her and starts them of on a 'training exercise' to find out more about a series of suicides involving women who have publicly disparaged 'men behaving badly'  and subsequently been targeted by social media trolls.
http://thecrimewarp.blogspot.com/2015/08/book-review-splinter-silence-by-val.html
GunStreet Girl by Adrian McKinty 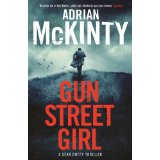 The plot starts with DS “Crabbie” McCrabban calling Duffy up and asking for his advice on a double murder – a wealthy couple found shot dead whilst apparently watching television.  The dead couple’s son, Michael Kelly, is missing and it soon looks like he has a likely motive for the murder – what else would you expect from a disgruntled university dropout?  After Michael Kelly is found dead in an apparent suicide Duffy’s even more reluctant to get involved.  He’s far more interested in some “off the record discussions” with Sara Prentice, a reporter from the Belfast Telegraph.
http://thecrimewarp.blogspot.com/2015/01/book-review-gun-street-girl-by-adrian.html 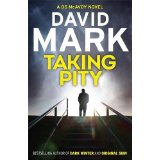 In 1966, village idiot is found standing in a secluded graveyard over the bodies of a family of four, smoking gun in hand.  he is quickly declared criminally insane and incarcerated in an asylum.  however fifty years on and the powers that be want him prosecuted for his crimes.  Aector's job is to ensure that, after all these years, the case will stand up in court, however he soon begins to suspect that it's much more complicated than it first appears.
http://thecrimewarp.blogspot.com/2015/07/book-review-taking-pity-by-david-mark.html
Runaway by Peter May 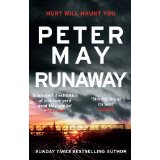 In 1965 a group of five 17 year old lads run away to London in search of fame and fortune in the music business - a few months later three of them return home to Glasgow with a heavy load of experiences under their belts.
Now 50 years later it is 2015 and Maurie, on his deathbed, enlists the help of fellow runaways Jack and Dave (and Jacks disaffected grandson Ricky) to retrace their youthful journey in order to solve a 50 year old murder.
http://thecrimewarp.blogspot.com/2015/01/book-review-runaway-by-peter-may.html

The Hourglass Factory by Lucy Ribchester 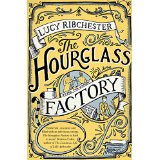 Set in the backdrop of London in 1912 with the suffragette movement in the limelight. When Frankie George a struggling Fleet Street journalist is sent by her editor to interview the mysterious suffragette and trapeze artist Ebony Diamond ,  she is flung into the bizarre world of circus acts, corsetiers and suffragettes as well as suddenly following Ebony into the chilling underworld of a murderer who has no boundaries.
http://thecrimewarp.blogspot.com/2015/07/book-reviews-reviews-of-new-blood-panel.html 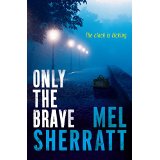 Only The Brave by Mel Sherratt

When DS Allie Shenton begins investigating the death of Jordan Johnson her world is thrown into turmoil, not only does she have to deal with notorious villain Terry Ryder and his spoilt daughter Kirstie again, but she is also being stalked by the man who attacked her sister seventeen years ago, and left her for dead.
http://thecrimewarp.blogspot.com/2015/05/book-review-only-brave-by-mel-sherratt.html 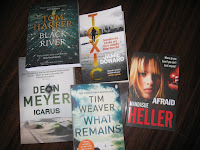 One lucky voter, chosen at random will

receive this bundle of books.