Guest Blog: Glen Erik Hamilton talks about the inspiration for his novel Past Crimes, or as he eloquenlty puts it "finding diamonds in the emerald city"

I was so lucky to get hold of a proof copy of Past Crimes recently and quickly realized this is one of those “stand out” books that are simply a joy to read .  The protagonist, Van Shaw, receives a note from his estranged grandfather, asking him to come home.  Only five words – “Come home, if you can”.  It’s the last three words – “if you can” - that echo in his head.  Three words that make Van Shaw travel back to Seattle to find his grandfather shot in the head.  Van Shaw decides to stay in Seattle and resurrects the criminal skills his grandfather taught him to track down the killer and find out the reason that made someone finally kill the old man.

Having enjoyed the novel, I was pleased when Glen Erik Hamilton agreed to guest blog on The Crime Warp – here he is, talking about his inspiration and that chain of thought that created Past Crimes and the story of Van Shaw.

A few years ago, my wife and I had a decision to make.  Although we had not tired of Seattle – cue Samuel Johnson, holding an umbrella and a latte – we knew it very well.  It was time for an adventure, to put down roots someplace new.  Southern California was the logical choice for our careers, so in the words of the television song – it seems appropriate to quote a TV show if you’re moving next door to studios – my wife and I loaded up the truck (literally) and moved to Beverly (or just over the hill from it.)

It was quite a change.  For those unfamiliar with Seattle, I’ll provide a little context.  It’s had many nicknames – Queen City, Jet City (during Boeing’s heyday), The Emerald City, and the most accurate one, which I’ve just made up: Huge Amounts of Rain Delivered in Very Small Increments City.  My friends in the UK and Ireland will understand exactly what that is like. 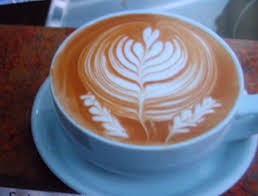 Southern California was – well, you likely know what SoCal is like; the darn place dominates most of the television shows and movies made over here.  No need to elaborate, except that you will encounter fewer bikinis during an average workday than you might imagine.

But my family soon discovered a wrinkle in relativity: The longer we were apart from Seattle, the faster time seemed to pass in our home city.  We would visit at least twice a year to see family and friends and rehydrate our skin in the rain, and we’d marvel at the changes.  Suddenly there was a new stadium.  They were tearing down viaducts, drilling tunnels (or trying to), and what in the name of J.P. Patches happened to South Lake Union?  Has Amazon.com built its own fortress?  Seattle’s latest boom had significantly altered the economy.  It was fascinating, and a little frightening.

Along with the move to California, I had started writing.  The viewpoint of a lead character returning after years away, and seeing these same changes to Seattle, was a natural fit.   Because I was writing about crime, and criminals, I became intrigued by the question of what happens to analog crooks in a digital world.  And how different generations view the changes to their hometown with different eyes – some suspicious and threatened, some thrilled, and some seeing a potential escape from their pasts.

Of course, seeing an escape and actually being free are two very different things.  For some of the characters in PAST CRIMES, casting off their old lives might not be possible.  Especially if the past comes looking for them, with malevolent intent.

For me and my family, even though we may live a thousand miles away right now, there’s no need to escape.  Seattle is still very much who we are and who we want to be.  Scary changes included.

Thanks Glen – as always it’s great to find out a little more about the people who use their imagination and writing skills to bring a story like Van Shaw’s to life.  If you want to find out more about Glen, find him at glenerikhamilton.com, on Twitter @GlenErikH, and on Facebook.

Past Crimes is out now – read it…if you can!