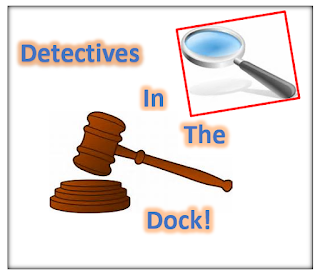 Today in the dock we have the charismatic Harry Virdee. Virdee is the main character in AA Dhand's crime thrillers , Streets of Darkness and Girl Zero.  Harry prowls the streets of Bradford seeking justice, whilst his creator dispenses his own kind of medicine from his pharmacy in Bradford.

Tell us a little about Harry's background

Harry Virdee is a fiercely patriotic British Sikh man and a detective who will do anything for justice. He mirrors the city of Bradford, light and dark constantly battling for supremacy. And he is not shy of handing out his own version of justice. 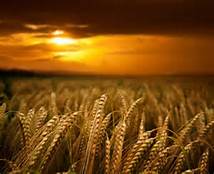 The Fields of Wheat moment… What is the most rebellious thing Harry has ever done?

Marry his Muslim wife, Saima resulting in them both being disowned by their families. Harry’s father tried to kill him when he broke the news, but Harry would not tolerate age-old discriminations which continue to blight the Asian community. Racism exists within the Asian community as much as anywhere else.

Which 3 items would your character bring to a desert island … and why?
iPhone to listen to his favourite album (Hanz Zimmer, The Dark Knight soundtrack).
Headphones with extra bass.
“The Stand” by Stephen King.

The Nitty Gritty: The Big Reveal

What secret does Harry have?

What or who does Harry hate most?

Racism especially within the Asian community.

What or who does Harry love most?

What does Harry fear most?

What is his worst trait?

Inability to quit, even when it might cost them their life.

What is his dream?

To unite his family and allow them to see Saima as the wonderful human-being she is and not just “a Muslim”.

What is their worst nightmare?

What is their Achilles heel?

Fear of failure. Fierce patriotism. Dismissing heritage and culture when it clashes with being British.

How important is justice  to Harry?

It is important but so is getting it the right way. Sometimes a prison-cell doesn’t cut it.

Has Harry got regrets?
Yes. A rash decision when he was a youngster which feeds into the books and the alienation of his family because of who he decided to marry.

If Harry has recurrent nightmares, what are they about?

His father trying to kill him when he told him he was marrying Saima.

What his friends think of him
Loyal. Dependable. Passionate. Driven. Impulsive.

What his enemies think of him
Relentless. Unforgiving. Fierce. Intelligent. Savvy.

All of their favourite things …
Harry's favourite:

Eat a doughnut or a muffin
Muffin

Use a gun or their bare hands 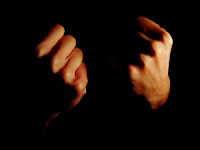 Find out what Agatha Christie did when she disappeared or discover Jack The Ripper’s true identity
Jack’s identity.

Car chase or shoot out
Shoot out!

Detectives In The Dock Liz Mistry