Showing posts from December, 2018
Show All

You could comfortably describe the fourth book in the Cormoran Strike series as an accomplished crime novel as in novel. A crime book with substance, a well written novel with a meaty plot and interesting characters. If you write a book of 647 pages, you have room to manoeuvre, to develop sub plots and to give the side-kick her moment in the sun.
Lethal White is set in London against the background of the 2012 Olympics and the ongoing subtle class war that the English are so good at and enjoy so much. It involves a blackmailed MP and a dark mystery from the past.
A mentally ill man turns up at Strike’s office and, in a state of confusion, relates fragments of strange memories. Most people would have ignored these words as the ravings of an insane person, but instinctively Cormoran Strike knows they are at the heart of a mystery, a mystery he wants to, or needs to, solve.
In the meantime, an MP who is being blackmailed, turns to the agency for assistance. Promoted from administrati…
Post a Comment
Read more 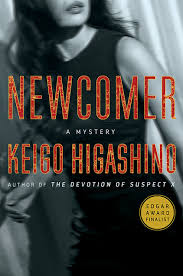 Do you like surprises? No, I mean real surprises. Like getting a mixed assortment of chocolates and expecting a caramel filling, and eyes closed, taste buds open, you get - cherry liquor – whaat? Your senses rebel – this is not what you were after! But give it a few seconds and let your senses adjust to the surprising taste, hmm…. Hmmmm… I wonder if there is another one of those in the box? But do not worry, your sweet cakes do not contain wasabi paste and the surprising content of this book will leave you longing for more.
Newcomer by Keigo Higashino is a book with just such surprising content – a Tokyo police detective who solves a murder. So far so normal you think. What´s the surprising deal? Apart from the exotic setting in Tokyo´s Nihonbashi neighbourhood, where shop keepers go about their traditional Japanese days and characters savour banana juice, ice coffee, rice crackers and almond jellies…
This is not only a crime book but also a police detective with a difference. Detectiv…
Post a Comment
Read more 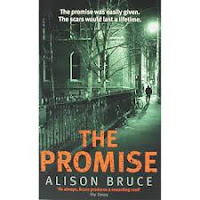 The Promise by Alison Bruce
This sixth DC Gary Goodhew police procedural takes us to the back streets of Cambridge, a town not usually considered to be so dangerous and violent. In the aftermath of a case gone wrong, Goodhew has lost his mojo. He is reluctant to return to work following his injury, until he finds out that Ratty, a homeless man he had befriended, has been beaten to death. More cerebral than your average copper, Goodhew manages to navigate through some complicated and seemingly unrelated incidents. Is he as clear-headed though in understanding his own life and family problems? Look out for lots of mystery!
Published in hardback (£19.99) and ebook in 2016 by Constable.

An Unfinished Murder by Ann Granger
Not many authors get to combine characters from two different series into one book! After a hiatus of several years, the popular Markby and Mitchell combo are back, this time to help Campbell and Carter (Ann Granger’s more recent series). Superintendent Alan Markby is now…
Post a Comment
Read more

A Snapshot of Murder by Frances Brody 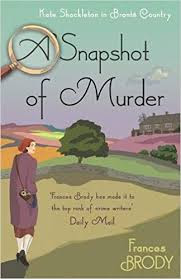 Fans of this series will be glad to hear that the tenth book, A Snapshot of Murder, which takes our protagonist Kate Shackleton to Brontë country, is now available in paperback. Our sleuthing heroine is visiting the area with fellow members of a photographic club, who in addition to rambling the moors with cameras poised, attend the opening of the Haworth parsonage as a museum to celebrate the famous authors. The Yorkshire Moors in 1928, an atmospheric setting for this entertaining cosy crime book and a perfect place for a murder.
‘Cosy Crime’ is a subsection of a genre you either love or hate. I happen to greatly enjoy an occasional foray into a type of crime book which pays homage to Agatha Christie and Dorothy Sayers. The post WWI setting offers scope for historical research and interesting detail, and the author Frances Brody kindly obliges. It’s all about psychology, understanding what makes individuals tick, what motivates them. And it’s all about subtlety too – no great car c…
Post a Comment
Read more

Price of Duty by Dale Brown

I’ve come to think that cyber warfare and hacking are the next big problem and here is a bang up-to-date American thriller that deals with my worst nightmares. Price of Duty is actually classified as a military techno-thriller. If you are into technology and warfare then this is definitely the book for you.
The Russian president Gennadiy Gryzlov has commissioned a secret underground network of bunkers deep in the Ural mountains to host a cyber warfare unit capable of destroying the world as we know it. The United States and its western allies are the target of its deadly focus. The first strike is against Warsaw and sees the records of nearly all bank accounts wiped out. When the financial system implodes, the rest of Europe starts running scared.
The American president is unable to counter this threat and it falls to Brad McLanahan and his Scion team to try and stop this scourge.
This fast-paced action thriller is number 27 of the long-running Brad McLanahan series. I’m not famil…
Post a Comment
Read more

The Good Son by You-jeong Jeong 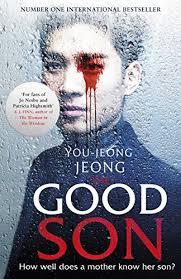 This slow-burning psychological murder mystery set in South Korea features Yu-jin, a model student and competitive swimmer, who suffers from seizures and black-outs. Written in the first-person narrative this intriguing novel takes us on a journey into a complex mind and an (at least to me) unfamiliar culture. What should Yu-jin do when he wakes up covered in blood and finds the body of his mother downstairs? He can’t remember what happened. If he contacts the police, he will be accused. How can he put together the pieces of the puzzle? Nothing seems to make sense.
His frantic attempts to remember lead to an inspection of his past – and his complicated relationship with his mother and his adopted brother. Flashbacks are interwoven with the present - the reveals are slow coming, but your patience will be rewarded. Rather than amazing twists or thrilling action, The Good Son delivers an intriguing journey into a mind without a soul. Nothing good can come of it.