Blogger's Blag: My thoughts on the Staunch prize 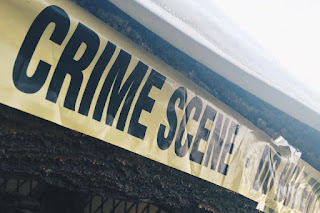 For me, reading and writing Crime Fiction has always been about exploring the darkness, shining a spotlight on those issues that hide in the dark corners of society causing mayhem and trauma to those who encounter them. It has never been about exploiting that, but rather about keeping those issues in the forefront, refusing to let them hover in the shadows insidiously wreaking havoc among the disenfranchised, the vulnerable or the scared. Crime fiction, as a genre, consistently holds these issues up to moral scrutiny whether through highlighting child trafficking, the ‘bonding’ of immigrants, the manipulation of sex workers or the targeting of racial or sexual groups and more. So, when I first heard of a crime fiction prize for thrillers “in which no woman is beaten, stalked, sexually exploited, raped or murdered,” (for details click here ) back in January 2018, I felt I had to give my reactions time to settle...


In formulating my response to this, I donned various ‘hats’: my crime fiction author’s hat, my crime fiction blogger’s hat, my crime fiction reader’s hat, my woman’s hat, my feminist’s hat and in so doing, my initial gut reaction was confirmed.
Crime Fiction, at its best and most ferocious, is a vehicle that dissects the wrongs, the inequalities and the misogyny that make victims of women, children, the homeless, the disenfranchised, immigrants, folk from a different race or with a different sexuality or sexual identification … and so on in an endless list. To celebrate the omission of a section of literature that highlights the very issues this prize seeks to address, is detrimental.  Misogynists, sexist institutions and industries where sexism is pervasive will be jumping about with glee as we celebrate pushing into the shadows the despicable things these people do to women.  But, what is equally worrying for me, is what will come next?  Shall we dive back to the 70s and 80s and avoid literature that exposes the abuse perpetrated against children or the vulnerable, where the likes of Jimmy Savile had free reign?
I read a wide range of crime fiction and it is rare to encounter a novel that is exploitative of the ‘victims’. Rather, what I see are some poignant, well presented narratives, that not only condemn the violence against the victims, but also provoke a visceral response against the perpetrators of the violence.

Crime Fiction is a moral pendulum that, mostly, swings in favour of the victims and as long as there are people and institutions and industries out there who exploit sectors of society, then crime fiction has a duty to expose that.
For me, crime fiction is a redemptive genre. It prompts discussion and questioning. It encourages debate, it highlights issues and keeps them ‘alive’, it dissects what’s happening in society and it seeks to do it in an entertaining and informative way, that may influence the status quo.
Some of my most enjoyable reads over the past year would fall well outside the Staunch criteria, yet they are powerful and laudable attempts at spotlighting tricky issues that might otherwise be ignored in one way or another ... and these books are not alone.

Mark Billingham’s Love Like Blood (Little Brown 2017) is a triumph in exposing the honour killings that happen throughout the world, but also in the UK. Sensitive yet with a hot rage running through every page. This is a gripping read.

Steve Mosby’s You Can Run (Orion 2017) is about a serial killer and has its fair share of dead women.  However, what makes this book so good, is that you are left with a lasting understanding of how the victims deaths had much wider-reaching consequences.  This was sensitively written.

Angela Marson’s Dead Souls (Bookouture 2017) is another novel that wouldn’t meet the Staunch criteria, yet it addresses issues surrounding covert and overt racism in the UK, which is so relevant today. Marsons also has a strong kick ass protagonist.

Karin Slaughter’s The Good Daughter, (Harper Collins 2017) is a triumph of empowerment for women, yet again, it would fall far short of Staunch’s criteria.  The protagonists in this novel are strong, yet vulnerable, irascible yet appealing, damaged, yet fighting.

He Said, She Said by Erin Kelly (Hodder & Stoughton 2017) a wonderful psychological thriller about manipulation, deceit and redemption. And ultimately female empowerment. Shame that the rape scene disqualifies it from the Staunch awards.

These are only a few of the recent sensitively written novels within this genre that challenge and bring to the forefront key issues.

The tradition of crime fiction in fighting against injustice is one I am immensely proud of. It is through reading and writing about these issues that my rage against the inequalities that collide to produce the disenfranchised is somewhat assuaged.  Sweeping these wrongs under the carpet is not the way forward. Attacking a genre of fiction that is a. the most read and b/has a history of addressing difficult issues is counterproductive.  What is needed are strong female and male role models intent on altering the misogynistic status quo, not a rewriting of the current state of society through omission.
Feel free, by all means, to call to account crime fiction that gratuitously offers ‘crime porn’ as entertainment, but don’t hold the entire genre to account for wrongs that it has consistently and intelligently highlighted for decades.

By the way #MeToo 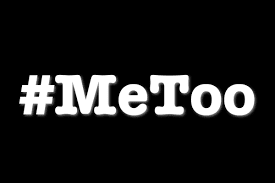