Author Interview: AB Morgan author of A Justifiable Madness and Divine Poison is here to be grilled on The Warp today 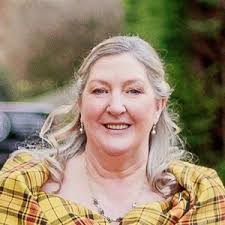 Brilliant!  We've got AB Morgan  here on The Crime Warp today ... and she's brought chocolate digestives - one of my many favourite biccies!  Settle yourself down there on the sofa, Alison.  You're in for a right grilling today! Read on to find out more about Alison's newest release, her writing day and much more ...
Liz: Where did the inspiration for The Camera Lies come from?
Alison: The Camera Lies, release date 3rd February 2018, is my third novel and a departure in style and subject matter from the previous two, which pulled very much on my career in mental health services. The Camera Lies is a psychological thriller, set in present day London, the Home Counties and in North Wales. The idea came to me as I sat watching a true crime documentary on the TV and from that moment the main character Konrad Neale was born. He’s a television presenter whose waning career was resurrected by the opportunity to be the face of a hard-hitting documentary series dealing with miscarriages of justice. He comes a real cropper when he digs too far into a murder.

Liz:  If The Camera Lies was ever to be televised or made into a film who would you like to play your main character and why? 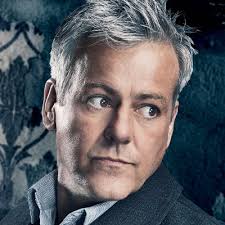 Alison: What a lovely question. If Cary Grant were alive and in his prime, he would make a wonderful Konrad Neale, and fulfil a long-held fantasy of mine. However, dreaming aside, I think Rupert Graves, he of DI Lestrade fame on Sherlock, would do a fine job as the silver fox I have in my imagination. Konrad has his peculiarities and shortcomings but he’s a likeable man with a great sense of humour, drive and determination.

Liz: Is there a subsidiary character you have created and are particularly fond of and why?

Alison: Yes, indeed there is. In The Camera Lies, Annette is Konrad’s film editor colleague and true friend. As a lover of food she has invested many years in her body, which is more of a vast playground than a temple and she’s one of those happy individuals whose beauty shines through. She is an excellent foil to Konrad’s character, keeping him grounded mostly by speaking her lively mind. The woman almost wrote herself.

Liz: Where is your favourite place to write and why?

Alison: I am extremely fortunate to have a place to write at the top on the garden, in our summerhouse/log cabin/shed. I have a desktop computer at a proper desk, although the chair leaves a bit to be desired in the rear-end comfort department, but one day I’ll treat myself to a swanky proper office chair that massages my shoulders every half an hour.
It’s a peaceful place to ferment ideas and breathe life into characters who shout at me to be released from my head onto a page. Through the window I see the seasons change in the garden and the fields beyond and get very cold toes in the winter, but I am at my most productive there.

Liz: Do you ever suffer from writer’s block and if so how do you overcome it?

Alison: Yes. I’m sure every writer does. There are two pieces of advice that I have taken on board, to help when this happens. The first is to walk away and do something mundane; a chore such as ironing seems to do the trick. All of a sudden ‘pop’ and the blockage is plunged free just when you are not thinking about anything in particular.
The second suggestion is not to give in to the block. So what if you’re stuck? …  Write something, anything, a load of old tripe, it doesn’t matter.  As a writer I tell myself that I can write myself out of a hole. If this doesn’t work I go to the first suggestion or head for the pub in the evening. Alcohol loosens the mind as well as the tongue. (Take a notebook with you).

Liz: If you weren’t a writer what would you like to do?

Alison: I’ve recently been researching legal boundaries for Private Investigators in the UK and came across a taster course for people looking for a change of career. I was quite taken with the idea. I had a thirty-year career in the NHS as a mental health nurse, so I’ve been in some tricky situations and lived to tell the tale, so why not? I may have to consider a niche market, because I’m not honey trap material and, what’s more, I tend to stand out in a crowd, being a woman of Amazonian proportions, but I think I could handle a bit of sleuthing. There’s an old mac in the loft, I’m sure.

Liz:  Who are your writing heroes and why?

Alison: I know this is going to sound a bit odd for a 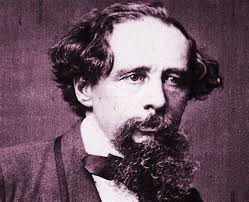 crime writer, but bear with me. Charles Dickens. He’s the man for me, my writing hero. What stories! When you read his words you feel the setting and are captured by the characters, all of them with their fabulous names, not merely the protagonist and the antagonist. Charles Dickens takes you to dark and desperate places, builds in unbearable tension and spits you out at the end. He practically invented Christmas for goodness sake, and has contributed immensely to the film industry with the myriad of adaptations. Top man.

Liz: Who or what inspires you to keep writing?

Alison: My own sanity. Since having to retire prematurely, thanks to a dodgy heart, I had to occupy my mind.  I function at quite a manic level, or I used to, and without a challenge I would have been perilously close to plummeting into severe depression. When I finally had to give up work, I vowed not to watch daytime television, sit doing jigsaw puzzles, or to take up knitting. That’s not me. Once I discovered that I could write fiction, which was by no means certain, I found salvation and reward. I derive great pleasure from entertaining others, be it through a good meal, a funny conversation or writing a story.

Liz: Could you describe the book you are working on at the moment using only 5 words?
My next book has the title: Stench.
Here is how I would describe it in five words: Dark declining desperation, deeply dug.

Liz: Wow! Do you have competing ideas for future projects and have you ever worked on more than one at the same time?

Alison: There is a tug-o-war happening as I write this. I have to finish my current WIP, Stench, while holding back an insistence from the next project for me to get on with it. I was winning until the main character formed and now instead of Konrad Neale shouting at me, I have Ella. I can see her and she’s demanding that her voice be heard.
However hard she tries I must not give in. I get in such a muddle if I try to occupy too many heads at once. The best I’ve been able to do is scribble down the main premise, some bonkers plot ideas, and done research into …oh, no, I can’t say. It’s a secret.