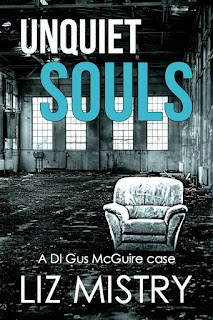 The first in a gritty crime series based in West Yorkshire, and featuring DI Gus McGuire

The Blurb:
What is the link between the abduction of a little girl and a dead prostitute?
When the body of a prostitute is discovered DI Gus McGuire is handed the case. But what first appears to be a simple murder soon turns into an international manhunt for the members of a twisted child trafficking ring.
McGuire who is suffering with problems of his own, he must pick his way through the web of deceit and uncover the truth in time before the body count rises.
Can McGuire identify The Matchmaker before it’s too late? And can he trust those he is working with?
Unquiet Souls is the first book in a dark and compelling new police series.
About the Author: 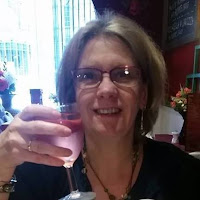 Liz Mistry was born in West Calder, Scotland and educated at Stirling University before moving to Bradford for her PGCE, where she settled with her husband, Nilesh, her three children, Ravi, Kasi and Jimi and her two cats.  Liz taught in Inner city Bradford schools for many years.

Suffering from long term depression, Liz used her writing to help her through the darkest times.


She has just completed an MA in Creative Writing from Leeds Trinity University, which she acknowledges as being instrumental in developing her confidence as a writer.  Liz is co-founder and main contributor to The Crime Warp Blog.


What can I say about this book apart from it is an awesome debut thriller.


From the very first page the wonderful writing draws you in, and the multi-layered plot holds you captive right to the very end.


It is centred around the modern crime of child trafficking, but Liz doesn’t shy away from the subject matter, the details are not too graphic, and she covers it sensitively and very well. It is easy to see that she has done a lot of research on the subject.


Liz has created a gem of a detective in Gus McGuire. The subplot regarding the incident in his past that is still marring his present definitely adds to the appeal of the character, and I look forward to learning much more about him and his team throughout the series.


The Matchmaker is an extremely well-drawn out character whose evilness develops more and more throughout the book.


The pace never drags, and the tension is nicely built up in this well-crafted novel.


The setting is perfect, I really got a sense of multicultural Bradford. I would love to go to Mo’s SaMOsa’s.


This is a book to savour. There is so much in it, it is gripping with plenty of twists and turns. I absolutely loved it. One of my top five for this year.


The only downside is that Liz is still writing book 2 and I want to read it now! 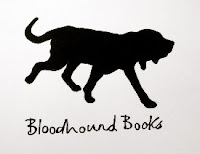