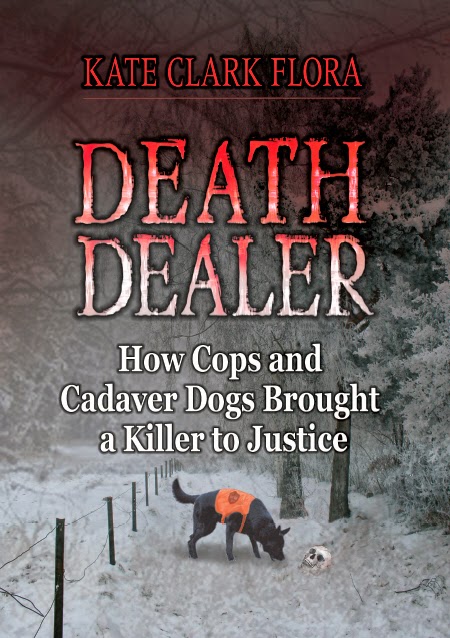 On-and-off drug dealer and addict David Tanasichuk has reported his wife Maria missing and initially, police accepted his story that she moved out temporarily so that the couple might use the personal space to consider their future together.

Despite David's problems with drugs, the Tanisichuks were known to be a devoted couple who shared a passion for hunting in the vastly wooded area nearby.  However, following the tragic murder of her son BJ, Maria had fallen into a depression which caused her to become increasingly reluctant to leave her home.  Her husband told police that her clingy possessiveness had been driving a wedge between them and that a relationship counsellor had advised them to spend a little time apart.  Now, he was concerned that she seemed to have disappeared altogether.

As the police investigated Maria's possible whereabouts, it soon became apparent that David Tanisichuk's story did not add up, especially as he seemed to be giving different accounts of Maria's movements to different people.  Was this simply a case of a drug-addled brain struggling to recall events accurately, or was David Tanisichuk hiding a terrible secret?  The more police probed, the more they were convinced that Maria's husband knew more about her disappearance than he was admitting and that they might even be dealing with the horror of a serial killer.

Before long, the cat and mouse games began between suspect and investigators who feared not only for their own lives, but also for those of their loved ones...

Edgar-nominated author Kate Clark Flora tells the story of the investigation into Maria Tanisichuk's disappearance from the unique perspective of those who investigated it.  It offers a deeply compassionate insight into the challenges faced by the dedicated officers as they raced against time to find Maria's body.  Their adversaries were the sheer scale of the area to be searched and the warming weather which would melt the deep winter snow and result in decomposition, animal interference and a devastating loss of vital evidence.

The meticulously researched book is beautifully written with many touching and insightful observations about the plight of both investigators and the family of the victim.  One really gets a sense that the author cares deeply about the victim and others affected by the tragedy and this is a quality which I particularly like in a writer.

For budding crime writers like myself, the book also offers a wealth of fascinating and useful information about the work of cadaver dogs.

It is pacy and incredibly atmospheric (something which is often lacking in true crime books) and for this reason, I highly recommend this book to readers of both true and fictional crime.