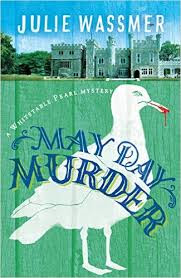 What’s more appropriate reading for the merry month of May than a cosy crime book entitled, May Day Murder? In fact, finding a corpse tied to a maypole in the village of Whitstable on the Kent coast sets the scene nicely. If you feel that your neighbourhood is too full of strange or challenging characters, then consider Whitstable, where Pearl’s mother Dolly is feistier than even my mother and everyone has to be considered a suspect.  If you like the TV series ‘Midsummer Murders’, then May Day Murder should be right up your alley, except that in this book we are only dealing with one dead body.

Fetching sleuth and restaurateur Pearl investigates when fading actress Faye Marlow is stabbed to death at a party she was catering for. She has to be subtle about her enquiries though, as it’s actually DCI Mike McGuire’s job to find out who did it and he doesn’t like interference with official police business - not even if the person interfering is so attractive and can cook! By the way, if I were Julie Wassmer’s editor, I would get her to include her recipes at the back of the book). So who will succeed first in this race to uncover both the motive and the culprit?  Will Pearl get her man? 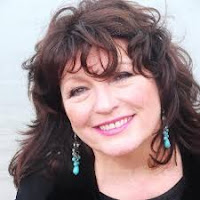 Julie Wassmer was a professional screenwriter for both ITV and the BBC. ‘May Day Murder, is the third book in the Whitstable Pearl Mystery series. It was published by Constable in hardback and eBook on Thursday April 7th 2016, priced £19.99.