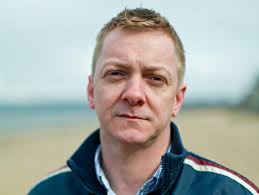 Doug Johnstone, Scottish author of The Jump (released 4th August 2015) and the widely acclaimed Gone Again, has found the time in his very busy blog tour to answer a few questions for The Crime Warp.  Doug is not a one horse pony... oh, no, he's is a multi- talented person with that rare combination of having both a scientific and a very creative mind.  Read on to find out more about him.


Liz:  I was first tipped off about your work at last year’s 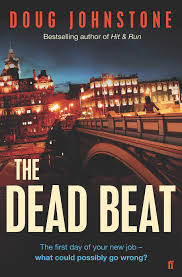 Theakstons Crime writing Festival by author Helen Fitzgerald who raved about your book The Dead Beat, that she was reading at the time, so I’m pleased to be able to catch up with you.

Doug: Great to chat to you. That’s very kind of Helen, what a star! I love her work as well, we have a similar outlook on life and writing, I think. One of the great things about crime writing festivals like Harrogate and Crimefest is getting books recommended to you by other authors – I always come away with a massive reading list to match my hangover.

Liz: My first question has got to be, what is it about this little neck of the woods, within spitting distance of the Forth Road bridge that produces some of the best UK crime writers (yourself, Val McDermid, Ian Rankin). Is it something in the water or is there some sort of ritual thing going on?  Maybe you all skinny dip in the Firth Of Forth by the light of a full moon?

Doug: Thanks for putting that image into my head! Me, Val and Ian frolicking naked in the waves. I don’t think there’s anything special about our part of the world, there are great crime writers from all over Scotland, Britain, every country really. I guess Scottish people have a good mix of gloominess and dark, deadpan humour, which fits crime writing well. And a lot of Scotland is so stupidly scenic, I like the juxtaposition of bad things happening in beautiful places.

Liz: I hadn't anticipated the three of you frolicking together, but now I've got that image in my mind too - oops sorry.  Let's move on quickly.  From nuclear physicist to journalist to crime writer and musician – How does all that work?

Doug: Well the nuclear physics was a long, long time ago. I did physics at school and uni, but I was always writing stories and reading fiction. Then I quit a job as a radar engineer to become a music journalist, and I found, even though I was busy as hell, that I was more inspired to take my own fiction writing seriously. The music stuff has always been there, some of my earliest memories are playing the drums or 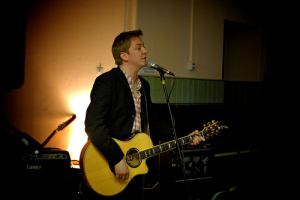 guitar. I can’t imagine a time I won’t be making or performing music, but it’s more just to keep me sane than anything. These days the crime writing takes up the majority of my time, but I like to mix it up a little when I can. 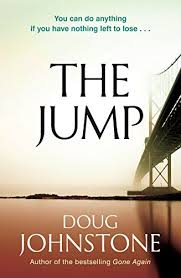 Liz: When I read The Jump I was struck by how the Forth Road Bridge felt like an actual character in the book.  Was that intentional or did it evolve as you wrote?

Doug: I guess it was kind of inevitable, given the setting and the plot of the novel. I should explain, South Queensferry, where the book is set, is in the shadow of the road and rail bridges over the Firth of Forth. The road bridge is a suicide hotspot, and the main character Ellie is still grieving after her teenage son has killed himself six months before the book started. I’ve been to South Queensferry loads of times, and walked across the bridge a lot – it’s kind of terrifying and awe-inspiring at the same time. It evokes very powerful 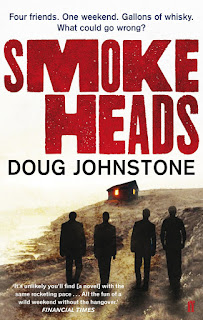 emotions, just being there, so I wanted to use as much of that as I could in the novel to make more of an emotional impact on the reader.

Liz: I'm from West Calder originally and we did loads of 'runs' to South Queensferry when I was a kid. I remember being petrified if we set foot on the bridge when there was even a mild breeze, so I really got that brooding imagery in The Jump . You’ve spread your work throughout Scotland from Edinburgh to Islay via Arbroath and beyond but your stories are always about very human often split second dilemmas that must be exhausting to write about – how do you relax?

Doug: I don’t really! I write the books in short, sharp bursts, no more than about two hours at a time. I like to keep the intensity of the prose up, and the intensity of the emotions driving the story. I find that if I try to sit and write all day, all that tends to flag a bit. I have two young children, and I do all the househusband stuff because my wife has a real job in an office. So after writing, a bit of journalism, some teaching stuff and answering emails, it’s the school run, homework, snacks then making the tea. Late at night I like to play guitar once everyone’s gone to bed, that helps me relax, but then I’ll come up with an idea for a new tune, and that’ll get me going again. 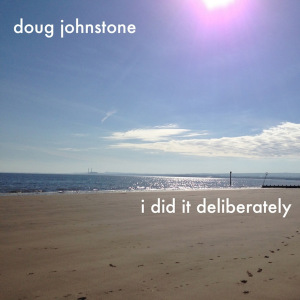 Liz:  You’re a member of the band Northern Alliance (that has released many EP’s) and you released a solo EP in 2014 called ‘I Did it Deliberately’ , any plans for more Ep’s either solo or with Northern Alliance? 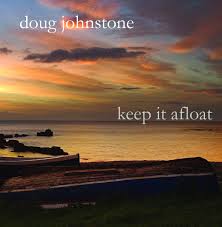 Doug: I’ve released two solo EPs actually, I Did It Deliberately and Keep It Afloat. And Northern Alliance also did an album as a fictional band The Ossians to tie in with my second novel about a band of the same name. I have a bunch of new songs kicking around that I’m going to record sometime when I get the chance, 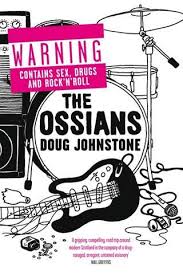 so there will be more music, but I’m not in any hurry. And I would love to do Northern Alliance stuff again – I’ve been talking to the other folk in the band about it, but then we’ve been talking about it for ages, so who knows?

Liz: What is your favourite crime novel/ author of all time? 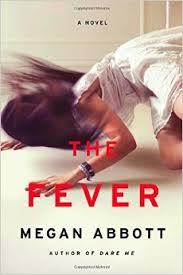 Doug: Oh man, that’s an impossible question! I think the crime writer that I most admire is Megan Abbott. Her early period noir books are amazing, and her last three contemporary novels have been even better. I think the most recent one, The Fever, is one of the best books I’ve read in years.


Liz:  What are you working on writing wise at the moment?

Doug: The next novel, always working on the next novel. I’m on the second draft, so there’s a fair bit to go, but it’s getting there very slowly. It’s set in Orkney, and opens with a plane crash, then gets much worse from then on. It’s kind of a femme fatale thing, or at least my attempt at that kind of thing, and there is a higher than usual body count for my books. I don’t usually kill many characters off in my books, but this one seems to have more than its fair share. I had a great title for it, then someone else had a book come out with the same title a couple of months ago. I’ve got another great title, but I’m not telling, in case someone nicks it!

Liz:  Thanks so much for spending the time to chat to the Crime Warp.  We wish you every success in all your varied careers.

Doug:Thank you for all your interest and kind words about my work! Cheers!


To finjd out more about the very versatile Doug Johnstone follow these links:
https://dougjohnstone.wordpress.com/