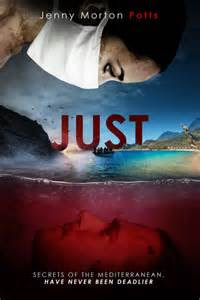 This sinister psychological thriller opens in Libya, where the young doctor Scott Langbrook is working with an aid agency akin to Medicins Sans Frontieres. He falls under the spell of his team leader Fiyari Mazig, and from this point onward his life gradually and eerily spirals out of control.

The setting eventually moves to England where Langbrook finds himself and those he loves under a terrible threat by an organisation not afraid to use the utmost violence and psychological terror to control their targets. The fact that one does not expect such danger in leafy Cambridgeshire makes the atmosphere even more edgy.

Human trafficking, migrants and refugees endangering their lives for a ticket into Europe, terrorism …  – this novel is smack up-to-date with current affairs and the challenges our society faces. But for me the best part is the psychological terror. The reader is gradually led deeper and deeper through the twists of the menacing and malignant plot. 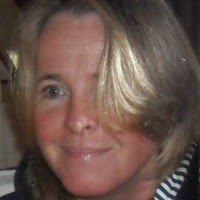 The first half of the book reads like a mainstream novel involving a troubled love story in a country bedevilled by terrorism and civil war and I briefly wondered how it would fit into the list of books reviewed on The Crime Warp. Nevertheless, I enjoyed the exploration of passion and love amid such violence. Unlike many crime authors, Jenny Morton Potts did not shy away from sex scenes which she handled with aplomb. However, it soon it became clear that this was not your usual love story and while I pride myself in guessing most twists before the end of any book, I was left completely bemused by the disturbing events which unfolded. With so many psychological thrillers on the market it’s not easy to come up with a completely novel idea, yet Jenny Morton Potts has achieved this.

Just is a real treat.