Author Interview: Leeds based author of The Disappeared, Ali Harper 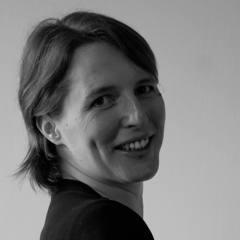 It gives me great pleasure to welcome Ali Harper to The Crime Warp. Ali and I have shared panels talking about The Gentle Art of Murder ... and more and I can vouch that not only is she a fab writer, but she is also a lovely person. Have a biscuit Ali and settle in. I'll just get the spotlight set up ready for the grilling.

Liz: Tell us a bit about your current book release

Ali: The Disappeared is my first novel published by Harper Collins. The ebook was released on the 18th May - the paperback on on 27th July 2018.
The story is set around a missing persons’ bureau, No Stone Unturned, which has just opened its doors in Leeds. It’s run by two young women -  Lee and Jo - who are keen to prove themselves as private investigators . When their first client, Susan Wilkins, walks through the doors, they think they’re in luck. Susan just wants them to find her missing son, Jack. He is one of ‘The Disappeared’, which the title references.
It’s an entertaining mystery, with colourful characters and lots of twists and turns.

Liz: Love the name of your detective agency. So, where did the inspiration for The Disappeared  come from?

Ali: I’ve always been obsessed with stories of missing people – those people who go out to the shop for a packet of cigarettes and are never seen again. My birth father disappeared the day I was born and that has meant I’ve always been fascinated by the relationships we have with the people who aren’t physically present in our lives.

Liz: Fascinating. If The Disappeared was ever to be televised or made into a film who would you like to play your main character and why? 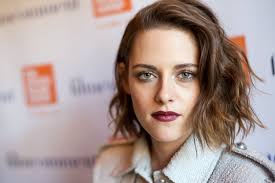 Ali: Interesting question because a TV production company has just bought an option on the book and so I’m really hoping I will get to see the story on the screen at some point. It’s also a very difficult question to answer, because the characters are very real people to me and so it seems odd to try and think of other people playing them. For the main character – Lee - it would have to be somebody with attitude – like Kristen Stewart or Cara Delevingne – who can do a convincing northern English accent!

Liz: Huge congratulations on being optioned. Do you have a particular writing routine you follow?

Ali: No. I always tell people to try and develop a daily writing habit but I would be lying if I said that I follow my own advice. It’s actually impossible to write every day, particularly if you’re a woman – real life gets in the way. But I do try to do something that makes me remember I’m a writer every day – so if you include activities like ‘thinking about writing’ or ‘going for a walk to mull over a plot twist’ a daily habit becomes more doable.
Writing is very moreish – the more I write, the more I want to write, so it’s a good idea to try and grab small bits of time here and there because they’re addictive. I also try and write first – even if it’s just for an hour in the morning, because that’s when my energy feels right. If I leave it til later in the day I always seem to get distracted.

Ali: Take your writing seriously. It took me ages to be able to say the words, ‘I am a writer.’ I thought I had to be published first. If you write, you’re a writer.
Keep trying to get better. Go to classes, literature festivals, read – there’s lots of books now on the subject of writing. Join writing groups and get feedback from other writers.
Enjoy the process of writing. Be playful and willing to experiment.
Read. A lot.

Who are your writing heroes and why? 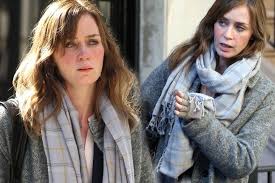 example or Paula Hawkins’ Rachel from Girl On The Train. I also admire writers who can build tension – like BA Paris -  I loved her first novel, Behind Closed Doors. As a child I read lots of Roald Dahl – he could take the most mundane event and make it the most tense thing ever –  Danny The Champion of the World is one of my favourite books ever.

Liz: If you were to play Snog Marry Avoid using crime writers and characters from crime fiction who would you A) Snog B) Marry and C) Avoid… and why? 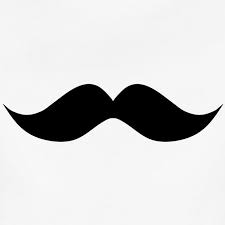 Ali: Snog – someone brooding and dangerous like Lisbeth Salander from Girl With The     Dragon Tattoo. Or Batman – can I have Batman?
Marry –  Inspector Morse – we could do the crossword together. His music might get on my nerves though.
Avoid – Hercule Poirot – because of the moustache.

Liz:  Who or what inspires you to keep writing?

Ali: I think the thing that keeps me writing is the fact that I always feel better after I’ve written. To me, writing things down is a way of letting them go. I write to work myself out really. That and the fact that it’s always challenges me – it’s the hardest thing I’ve ever done and so I feel  it stretches me.

Liz: Could you describe the book you are working on at the moment using only 5 words?

Liz: Do you have competing ideas for future projects and have you ever worked on more than one at the same time?

Ali: Yes, books come and go. I’ve got a book that I wrote back in 2010 that I recently brushed off and had another go at. It’s the ones that won’t let you rest until you’ve finished them which are, in my experience, the ones that are most worth your time
.