Author Q&A Peter Best, author of Burden Of Truth is celebrating his birthday in style on The Crime Warp! 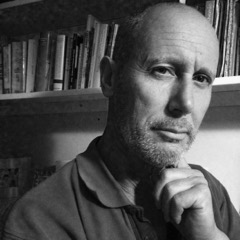 It's so lovely that you've come to The Crime Warp on your birthday, Peter.  I've cracked open the champagne and we have a wee birthday cake for you too.  Yes, you must wear the party hat  and no, you can't leave before we play 'pin the tail on the donkey'!

Liz: So, fun stuff over, let's get on with the grilling.  Tell us a bit about your current book release.

Peter: I think the first thing I should really say about this book is; to me it was never meant to be a crime novel as such. It’s certainly not a whodunit, and there are very few policemen chasing criminals and using great detective skills to hunt down a killer. However, saying that, it’s certainly a thriller with a great deal of action and suspense, along with some thought provoking messages along the way.
The Burden of Truth is generally about the story of Brent Sandler, who really is an egocentric young man, somewhat arrogant along with many other faults. However, despite his many faults, many people have a soft spot for him, and say he’s actually a likable character.

Many years ago he nearly lost his life on the Herald of Free Enterprise disaster, and after which, he decides to look at his life, and to live it to the full. However, to live life to the full, Brent needs money, and it’s this pursuit of money, which gets him into a great deal of trouble with a certain Italian character from London’s underground. Not just him mind you, but his close friends too.
The story then follows the path of how he then tries to right the many wrongs he has done, especially to his best friend John. He goes on many journeys, which take him mostly to India, where his story concludes and learns a great lesson in life.

Liz: How long did The Burden of Truth take to write?

Peter: To be honest, this book took an awful long time. Over five years if the truth were known. By the time I had an idea in my head and carried out an immense amount of research as well as many interviews with many folks along the way, the time just sort of carried on. After a while I did have my first draft ready, but really when I looked at it; it was simply not good enough for today’s market. I then made the decision to re-write the whole thing again. I know it was a great deal of work, but when it was all finished, I was a great deal happier with the end result.

Liz: Is there a subsidiary character you have created and are particularly fond of and why?

Peter: Absolutely, a young half Indian lady called Shanti. She comes into the story, I would say about a third of the way in. She’s very beautiful with a certain sereneness to her charm. She is also very wise in her thinking as we find out as the story unfolds. And as Brent remarks when he first meets her; There’s more than beauty about that girl.

Liz: And of course Shanti means peace in Hindi and Sanskrit so it's the perfect name choice. Do you  have any tips you'd like to share for would-be writers seeking publication?

Peter: Really, when I get asked this question I can only give one answer, and that is aim very, very high. What I mean by this is pick your genre you want to write in and aim to be the best writer ever of that genre. Okay, perhaps that is going to be very hard to achieve without a doubt, and I would dare say many writers, of course will fall very short of the mark. Myself included. However saying that, we all know there are some very talented debut authors out there and they’re all trying to get  noticed so the only way to do that is to stand head and shoulders above them, and the only way to do that is to be better than them. So my advice is, aim high, and be as best as you can be. I think every author should have this policy.

Liz:  Is there a particular book you wish you’d written and why?

Peter: I would have loved to have written, The Da Vinci

Code, by Dan Brown. Not for the great commercial success it had, but more for the research that had to be done whilst writing it. I would have loved it, great fun.

Liz: What is it about Crime fiction as a genre that turns you on?

Peter: This is a great question. I think the reason why I love reading crime is the excitement and tension most of crime books give. Also most crime books have a theme of good verses evil. Happy to say, good normally comes out on top, which of course gives a great ending to a story.

Liz:  Which author are you cosying up with tonight?

Peter: Actually I’m having a break from crime and thrillers at the moment and reading, All The Light We Cannot See, by Anthony Doerr. It’s set in Germany and France during the Second World War, and tells the story of a blind girl and her troubles during this time. Also it shows how young boy with great mathematical skills find his way into working on a system to track enemy positions using radio. All in all it’s a great book so far and extremely well written. I’m about halfway through now, and I’ve a feeling that the strands of the book are slowly coming together for a great second half.

Liz: Who or what inspires you to keep writing?

Peter: This might sound a little corny, but it’s my love for writing that inspires me, as well as a feeling of achievement. One thing I hope will stay in my mind for a long time, will be the time when I typed those two little words, The End. What a great feeling that was, a great sense of accomplishment really lifted me. However, being very naïve, it was far from the end, with all the re-writes, editing, and re-writing again, and everything else that goes with it. Still, it was a great feeling, and I want to sense that again soon.

Liz: Have you ever thought of setting a book somewhere 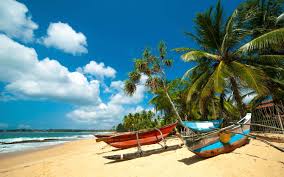 exotic so you could visit that place or perhaps live there for a while? Where would that / will that be?

Peter: Some of, The Burden of Truth, is set in India. I guess you could call that exotic. But I’ll let you into a little secret; most of it is actually based on a place in Sri Lanka. One of the settings in the story is the Ayratara monastery. It means the noble Tara by the way. Anyhow, this was actually based on a Buddhist Temple, well of the beaten track and from what I 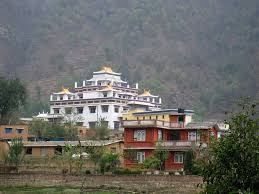 understand, never gets tourists. I was extremely lucky to be shown this by some people we befriended when I was in Sri Lanka with my family. Also it was great to talk with the monks too. Lovely place, beautiful and tranquil. But would I like to live there? Probably not.

Liz: My partner is Indian and I have fond memories of doing Yoga on a roof top balcony in Rishikesh... aah! Do you linger in your research period or do you rush your research to get stuck into the writing?

Peter: What I tend to do is, get the basic plot down on a bit of paper then start writing away until I have a skeleton of a story. It’s at this point when I can see which areas will need researching.
Once I have done my research, and of course logged it in my head, I can start writing the story again. Possibly with a few tweaks here and there depending what the research has thrown up. 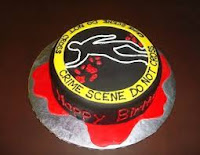 Liz:  thanks so much for joining us today.  Here's a special cake to take with you.